Apple Pie in a Mason Jar

on November 07, 2012
Yesterday was election day and the votes are in and everything was counted and only one person could win. My question wouldnt be who you voted for but if you voted. If you did regardless of what color you associate with congratulations.

Even more American than voting and elections... Apple Pie. You know it is true! 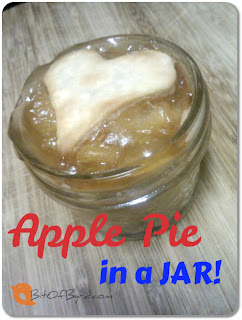 I had some time several months ago and I was going to a house warming event and I thought homemande pie would be a cool gift. But knowing that my host isnt someone to eat a whole pie and it was was just her and a roommate... a little pie would be better.

You might already know of my Pinterest obsession. This idea is no different. Here is the Pinspiration:

Even after reading all about it I was skeptical.

I made a few jar pies by just putting my favorite dough inside the jar (store bought is fine). I used canned pie filling to try this out. I used a cutter to make a cute top. I gave two away with some instructions I hoped would work and kept two.

This past week I gave it a try. I took my pie out of the freezer. 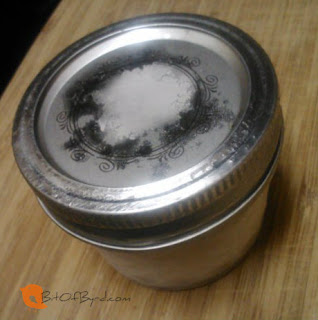 I opened it up. 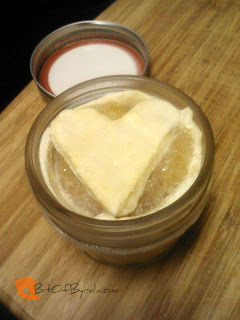 It kept really nice and fresh in the freezer.

Here is the part I was worried about... I am supposed to put this frozen pie... in a glass jar into my oven? Yeah. I was still leary.

When I came back it was hot and bubbly. Be careful when taking it out of the oven. I let it sit to cool for a moment and then I ate up! 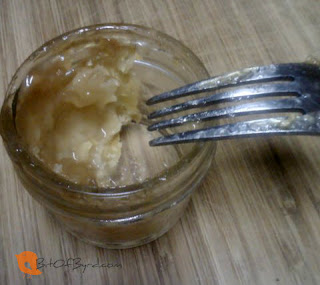 The crust even got crunchy against the sides.

Would I made these again? You better believe it! Do you have finicky eaters that don't like the same kind of pie? This would be perfect! When I make it again I will show you more of the beginning steps.
Baking Mason Jar Pinterest Recipes