on October 04, 2011
I have been talking about my sister Brooke coming to Texas for months now. Today is the day!  Above is me... on my first trip to Texas. Yup, that's right I wasn't born here... but as they say, I got here FAST!

In all my talking about Brooke I haven't told you how I have a sister I haven't met... wait,  you have a 26 year old sister you have never met? Yes I do!

Well today I give you a little insight about the tree branch that cut it self off from the rest of the tree. 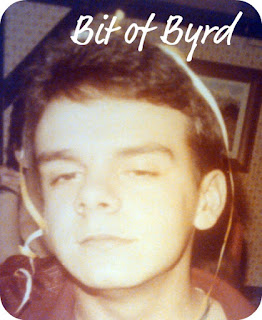 The story starts like so many others. Girl meets boy. Boy is in the navy. Girl falls for boy. They get married.

That boy in that picture there... he is the one who fertilized the egg. I don't say that with spite or anger. Just the fact.

Now as the story I know goes, he was SHOCKED to be given the exciting news of procreation. So he left. From one coast, CA, to the other, MA.

Well life goes on without him. He tells his family he doesnt have a kid and so when I call almost 25 years later they are in shock too! Anyway... enter baby Byrd... me!


Now when one is a baby Byrd you do not think of where you came from. Instead you are happy to just be.

It wasn't until the AOL and being in Jr High that I started asking questions. Since Google wasn't what it is today I found nothing. 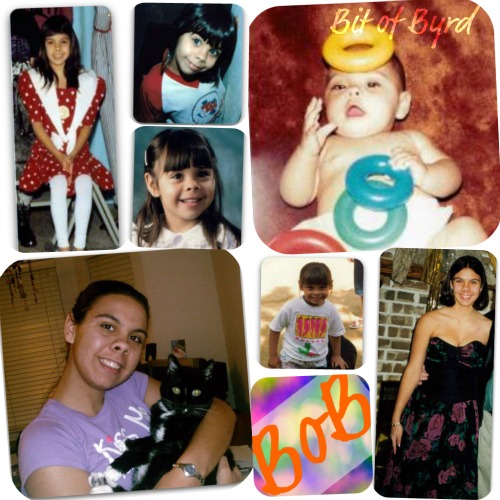 In college I did a Google search. The result of that search was learning that the Navy boy my mom was once married to was no more. Bad life choices often end lives early.

But that was a whole side of a family I didn't know! So I searched out a cousin who I calculated to be about my age. Figured he was most likely to also be on the internet and check email and what have you. I was right. My cousin Al, was in the army at the time and since I had emailed the army to find him... they forwarded on my response.

Al is great. I love him dearly and I am so lucky to have him in my life. He didn't know anything about that side of the family either!

More time passes.. no photo collage this time. But now I am out of college and living in my own house and I Google again. This time it doesn't have the same results as in college. This time there is a Facebook page? For an elementary school? Let me clarify what I was Googling... his name. So why did it take me to Facebook?

People were reminiscing about school and people they knew. So I picked 3 women out who said they knew him or their husband's did. I messaged them and asked about a sister. I told them who I was and said I thought I had a sister and only knew her first name. Two women were just plain mean. But one women knew my sister! Her daughter is actually friends with my sister!

So a year or so later, one phone call conversation and a few dozen texts and I will be going to the airport to pick Brooke up today!

Do I know more about the tree? No, not really. But I wouldn't trade what I have now to know. I love my family. I have a great sister, Apryl. Now I get to have more than one great sister with Brooke.

Do you have limbs missing in your tree? Have you tried to find out about them? What did you find? Where you happy you even went looking?

If you want to get caught up here are some previous posts where I have talked about Brooke::
Thankful Thursday | Sisters
Traveling to Texas